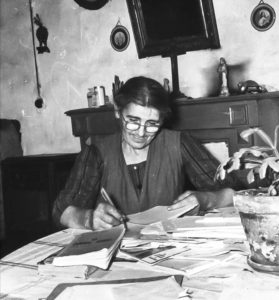 The poet Anjela Duval spent her life on the smallholding where she was born in Traoñ-an-Dour, Ar C’houerc’had (Le Vieux-Marché), in northern Brittany (Breizh). Communion with nature permeates her work.
Anjela Duval turned to poetry at the age of 56: ‘My beloved parents died in turn of old age, and one day I found myself alone in my home. And alone in winter by the fire after supper, instead of singing I just pined, my heart full of grief’ (Kan an Douar).
In 1961, she received a valuable gift of books and journals containing most Breton writing since the 1920s. The corpus included creative works, dictionaries, and grammars, largely products of the Gwalarn school whose founder Roparz Hemon was exiled in Ireland. The marriage of popular idiom to the substance of the written word, fuelled by an immense need for personal expression, then resulted in a unique body of work that continues to inspire the Breton language movement.
Twin themes in Duval’s poetry are the demise of Breton civilization and the rise of French hegemony. Treatment of the first transports us into a world that has vanished, and the many glimpses afforded of this world ensure the endurance of the work as a social document. Anjela Duval greets the rise of French hegemony with dismay, indignation, outrage, and desperation. The opening poem of Kan an Douar makes the point: ‘I loathe the sight of my country’s old people pining in homes for the toil they once knew, and the young mothers of my country speaking the language of the oppressor to their babies’ (Kan an Douar).
The imminent collapse of the Breton language casts a long shadow in Duval’s work. She writes in strident tones on the subject. French, she says, is ‘no more than a corrupt Latin spoken by the soldiers and servants of Caesar’ (Stourm a ran).
Anjela Duval is of unrivalled stature in Breton-language literature in the latter part of the 20th century, although ironically she wrote in an idiom obscure to Breton speakers. Her language incorporated neologisms and archaisms that put her work beyond her fellows and neighbours. It has thus remained inaccessible to ‘My brothers in toil: the small farmers’ (Stourm a ran). 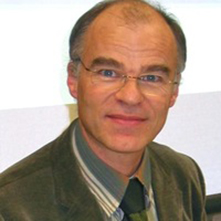 While Breton literature written in French counts such prestigious names as Chateaubriand, Lamennais or Ernest Renan, literature written in the Breton language is quite unknown. Because it has rarely been translated, it remains almost entirely ignored by those living outside of the peninsula. Yet due to a particular socio-linguistic context it is also relatively unknown within Brittany itself. (read more…)

In his recent overview of North American environmental literature—The Environmental Imagination (1995)—Thoreauvian scholar and literary critic Lawrence Buell suggested four criteria by which to identify what he calls “ an environmentally oriented work, ” which may be applied equally to prose or poetry. (read more…) 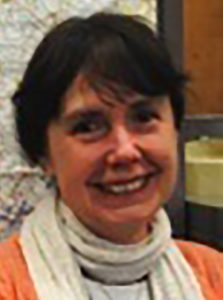 In the late 1960s and throughout the 1970s the Breton landscape was brutally reshaped in the name of rationalisation and increased productivity. The man-made banks that traditionally marked the boundaries of fields and sheltered a variety of wildlife in their hedges and trees were bulldozed down, dramatically modifying the nature of a once-familiar territory. This programme, known as the «remembrement rural», met with widespread opposition. (read more…)

Following the death of Anjela Duval on 8 December 1981, her friends resolved to gather her uncollected poems. We are indebted to Ronan Huon, director of the Al Liamm publishing house, to Maodez Glanndour of the Breton Council and to Duval’s first literary mentor Ivana Martin for this worthy companion to Duval’ s first collection, Kan an Douar (The Song of the Earth; 1973).
The title Traoñ an Dour could be translated as “The River Hollow.” On this peaceful spot on the bank of the Leger River, Anjela Duval spent all of her seventy-six years. There she found the source of her poetry in her close communion with nature. Her poems give voice to the mute life of things: a cloud, a bird, a flower, a tree. The world which she celebrates is not, however, the primeval wilderness so dear to Rousseau, Chateaubriand or the romantics, but the landscape fashioned by generations of Breton peasants. She sees the enclosures which they have raised around their fields by digging parallel ditches, piling up the soil in between and planting trees on top, as a perfect symbol of the symbiotic link between man and the land. These hedges were barriers against the destructive force of wind and rain, they provided shelter for the cattle, they gave fruit and firewood, they were a source of beauty. Hence the poet’s anger and sorrow at their senseless destruction in the name of modern efficiency.
It is the poet’s duty to raise her voice when young Bretons are forced off their land and must sell their freedom and their strength to the French exploiters, when their ancestral homes have to be sold to strangers for a handful of paper, when young Breton mothers abandon the language of their forefathers and speak to their children in the tongue of the oppressor. For her people, the only hope lies in the example given by the heroes and the martyrs of the Breton cause. 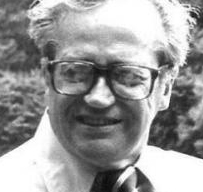